Carry the Weight of You
Pixy Liao 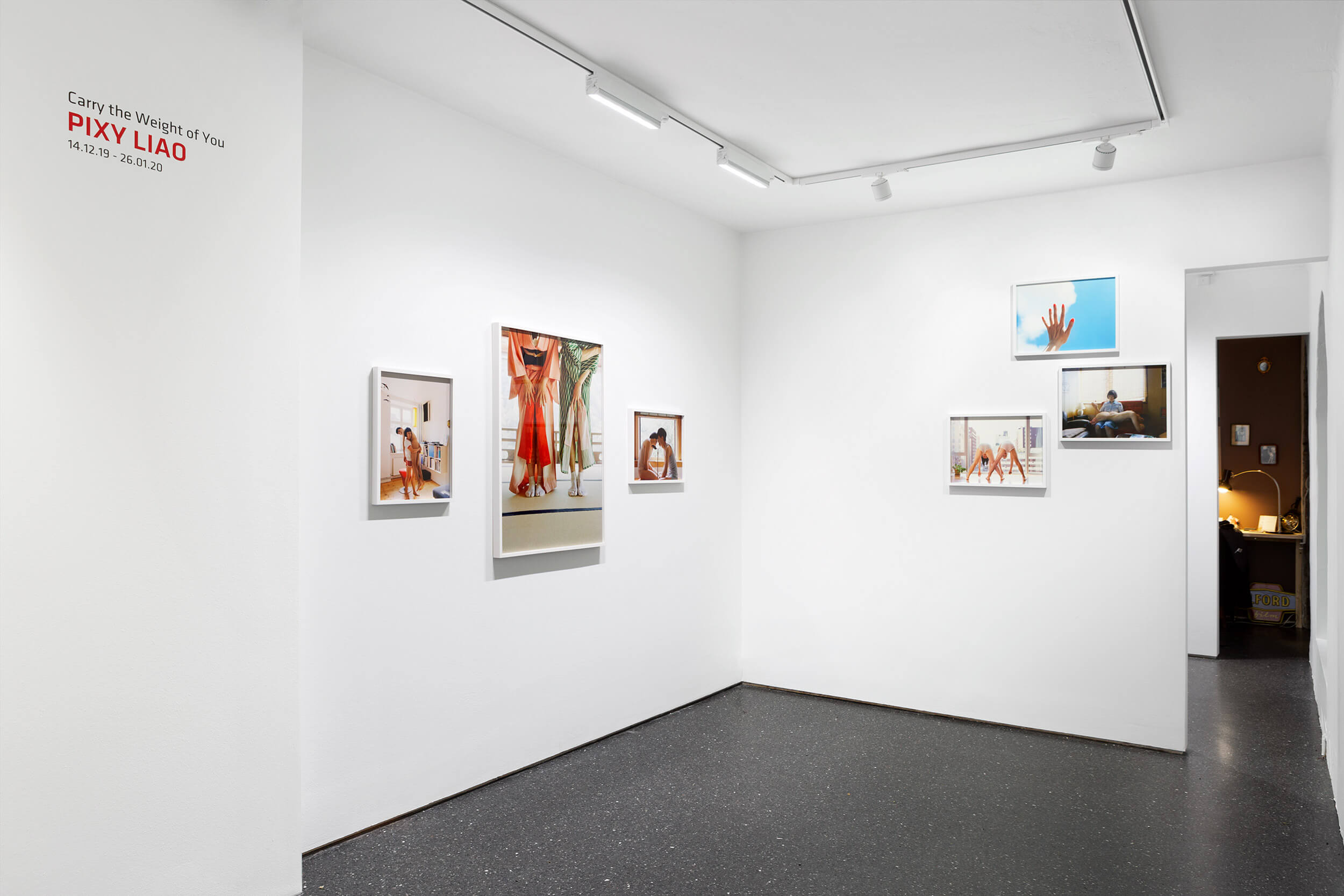 Carry the Weight of You

When Pixy Liao met her boyfriend Moro, five years younger than her, her image of the heterosexual relationship as she knew it was changed. Liao found herself in a new role: as a mentor, protector, and authoritarian figure. She now was what she had previously imagined her boyfriend to be. The camera has become a tool to research this relationship. Liao’s photographs usually show staged, fictive scenarios, but as viewers, we are invited into a personal and intimate sphere. Liao shows that most private can be the most efficient place to start questioning societal norms.

As an interdisciplinary artist, Liao uses a variety of materials and symbols exploring gender. The shape of the penis often appears in her work; as wallpaper, silicon-replicas and sculptures in baby pink plastic. The symbol of the phallus is given new attributes by putting it in situations that challenge its power. The symbol of the male is rendered soft and vulnerable as its squished under the weight of her feet or squeezed by her hands.