As a small consolation for our planned spring program being postponed to after the summer, we will in the coming weeks produce 8 exhibitions with 8 different artists. From some of our personal favorites, to new artists you will see more of in the near future. Each exhibition runs for one week, from Thursday to Thursday, with a small, informal opening (outdoors) every Thursday night. The photos can be viewed 24/7 through our beautiful window, or indoors by appointment.

Silin Liu In my own image-making process, no matter if it’s high-quality photo art creation, or if it’s simply selfies shot on my cellphone for amusement, I always seem to be looking for an answer to photograph, yet I’ m always denied that answer. Perhaps today when investigating questions of photograph and images, and probing the language and borders of photograph itself, one should return to a redefinition of the essence of photography. I believe what I can do is constantly seeking out a more accurate form to present the scope and essence of photography. And now, perhaps this question no longer needs to be sought out and distinguished because it has already become “I am everywhere”.

Charlie Fjätström is an artist/photographer living and working in Oslo, Norway. Charlies’s works are often political and his images have a dark sense of humour. From Suicide to countryside politics and philosophical views on life, he uses his camera to focus on (what he thinks) important Subjects in our society. He has shown his work both nationally and internationally with solo shows in Kiel, Germany at Kunstraum B, House of photography in Oslo Norway, Anexet in Sveg, Sweden. Bergen Kjøtt, Bergen and Vasli Souza Oslo. In 2013, Charlie received his BA from The Sir John Cass School of Art, Architecture and Design (The Cass)

Sami Parkkinen is a Finnish photographer. He employs photography and sculpture to investigate the human consciousness and the need to rebuild society. Since 2009, he has exhibited at a number of museums and galleries, including the National Portrait Gallery, London in 2015, Circu-lation(s) – Festival de la Jeune Photographie Européenne, Paris in 2016 and the Finnish Museum of Photography in 2010. Sami Parkkinen’s works can be found in many notable public and private collections, both in Finland and abroad. In autumn 2020 (now moved to 2021), the Finnish National Museum’s main exhibition will feature works from Sami Parkkinen’s series Father and Son (2012–2020).

Izumi Miyazaki graduated from Musashino Art University in 2016. While still a student she began posting self-portrait photographs on Tumblr, gaining an instant crowd of followers. In 2016 she had her first solo exhibition at Wild Project Gallery in Luxembourg. Following an exhibition at Art-U room, Tokyo and as a participant in the Fondazione Prada hosted group show Give Me Yesterday. More recently in 2018 she was selected to take part in the Kyotographie International Photography Festival, and published her first book Me And Me by Seigensha Publishing. Her work has been featured in Time, Libération, and CNN among others, and she has collaborated with numerous fashion brands, including Valentino. Izumi Miyazaki’s first solo show in Scandinavia took place in May 2019 at Fotogalleri Vasli Souza, Malmö, Sweden.

AdeY The Swedish/British multidisciplinary visual artist AdeY dances between photography and performance. A focus and attention to people’s right to differences drives the artist’s images, and here it is especially the differences that are about physics, gender, race and sexuality. With a humorous and experimental approach, they seek to highlight our vulnerability, loneliness, and strengths. AdeY is an internationally renowned artist represented by Fotogalleri Vasli Souza, Norway & Galleri Grundstof, Denmark. Their works have been exhibited and sold at several high profile photo exhibitions, art fairs and photo festivals. In 2018/19 they have, amongst other things, been shown at Unseen Amsterdam, Landskrona Foto Festival, Sweden, Nordic Light Festival, Norway and the Triennale Der Photographie, Hamburg.

Tor S. Ulstein is an Oslo based artist and one of the founders of UCS / SCANDINAVIA, a lens-based art paper. He has had several exhibitions over the past years both at home and abroad. He is fascinated with the mundane objects in the everyday landscape, that we in our daily life are too busy to see. Ulstein often collaborates with his brother, the writer, Geir S. Ulstein. They have made several books together on their big passion for cycling among other historical and cultural subjects.

Ren Hang (Chinese: 任航; March 30, 1987 – February 24, 2017) was a Chinese photographer and poet. During Ren's incipient career, he was known mostly for nude photographic portraits of his friends. His work is significant for its representation of Chinese sexuality within a heavily censored society. Ren Hang’s work has been shown at Foam Amsterdam, Fotografiska Stockholm and most recently at MEP Paris.

Dagny Hay is a visual artist based in Oslo whose work centers around an elusive relationship with electricity. Examining the impact of rapid technological change the work echo society’s problem with patience, restlessness and other human behaviour. The new work Scenes From Your Favourite Epic Movie (Featuring The Conspiracy Pants) was created during voluntary self-quarantine, a period where everyone was communicating through screens and news travelled too fast. The question asked in these images is whether media and the proliferation of screens in our daily life has changed our interpretation of newsworthiness, and if entertainment has actually supplanted politics. The visual style and poses are inspired by anime because of its use of symbolism and creative and unique way of telling a story. Dagny Hay has a Bachelor of Arts (Hons) in Photography from the University of Hertfordshire. She is the co-editor of the lens-based art paper Uncertain States Scandinavia together with Tor S. Ulstein and Charlie Fjätström. 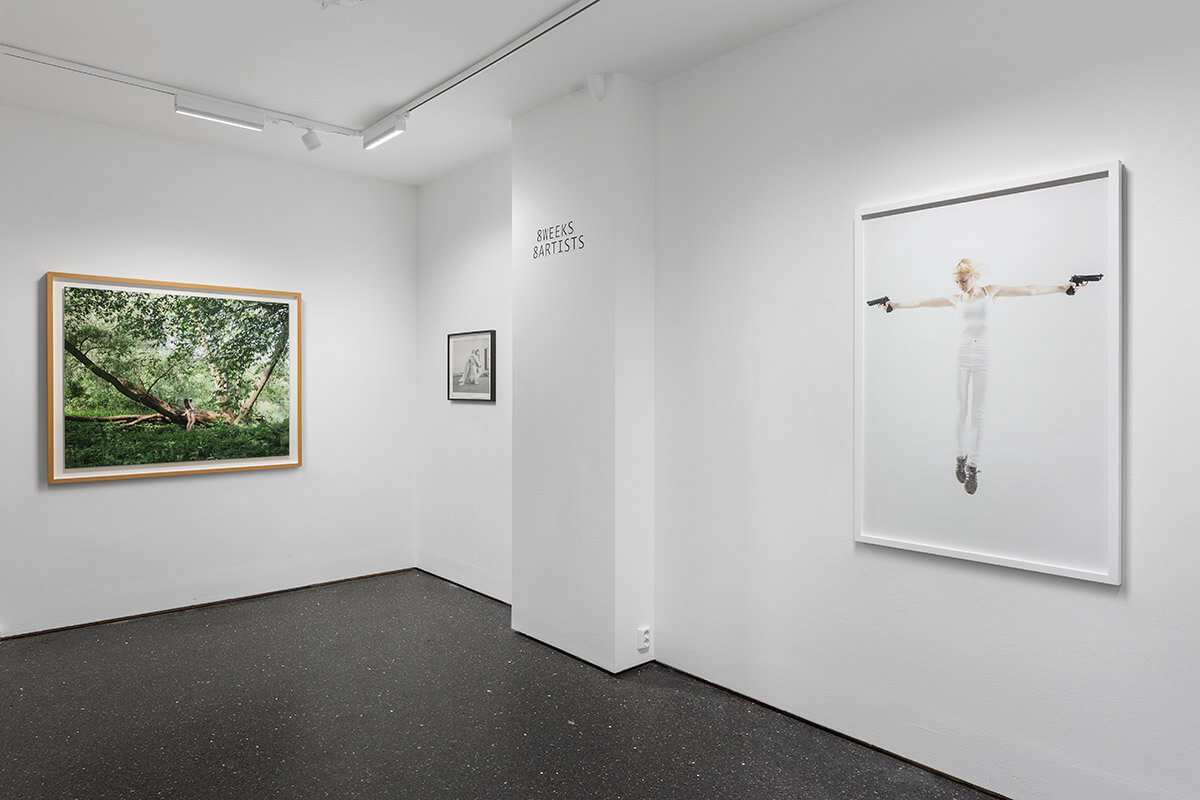 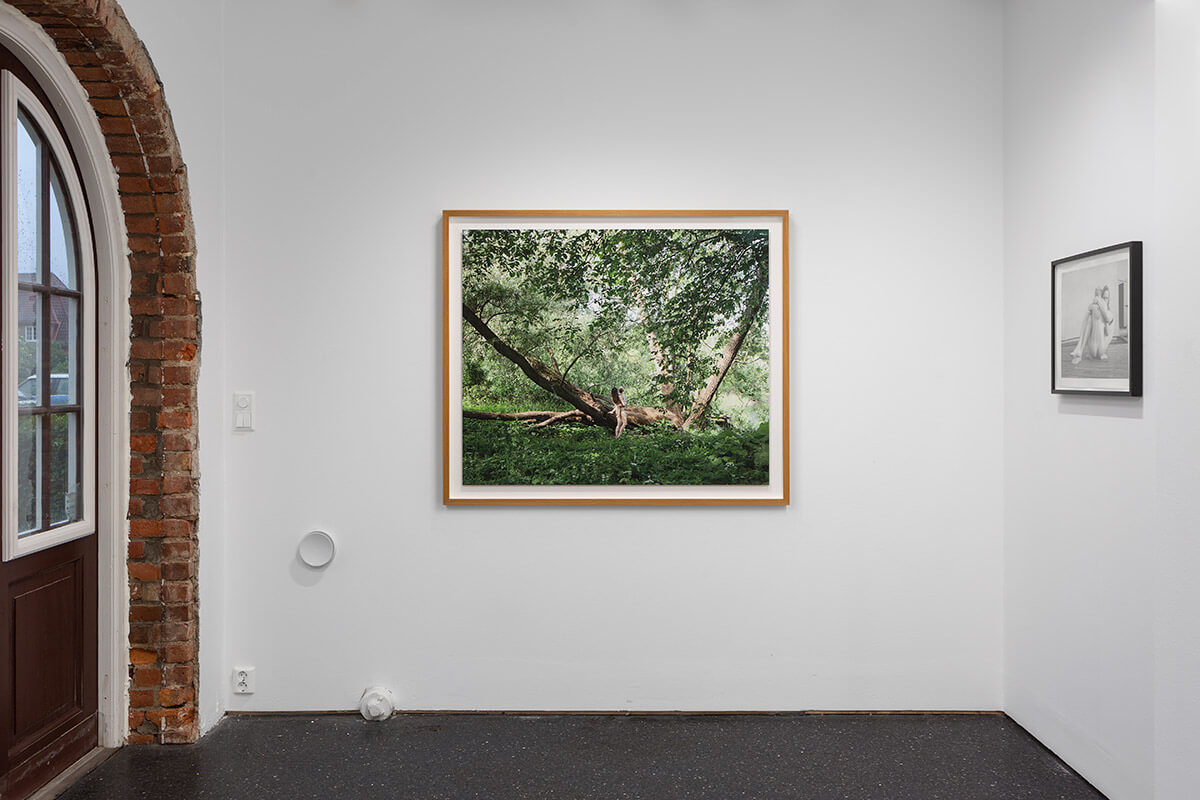 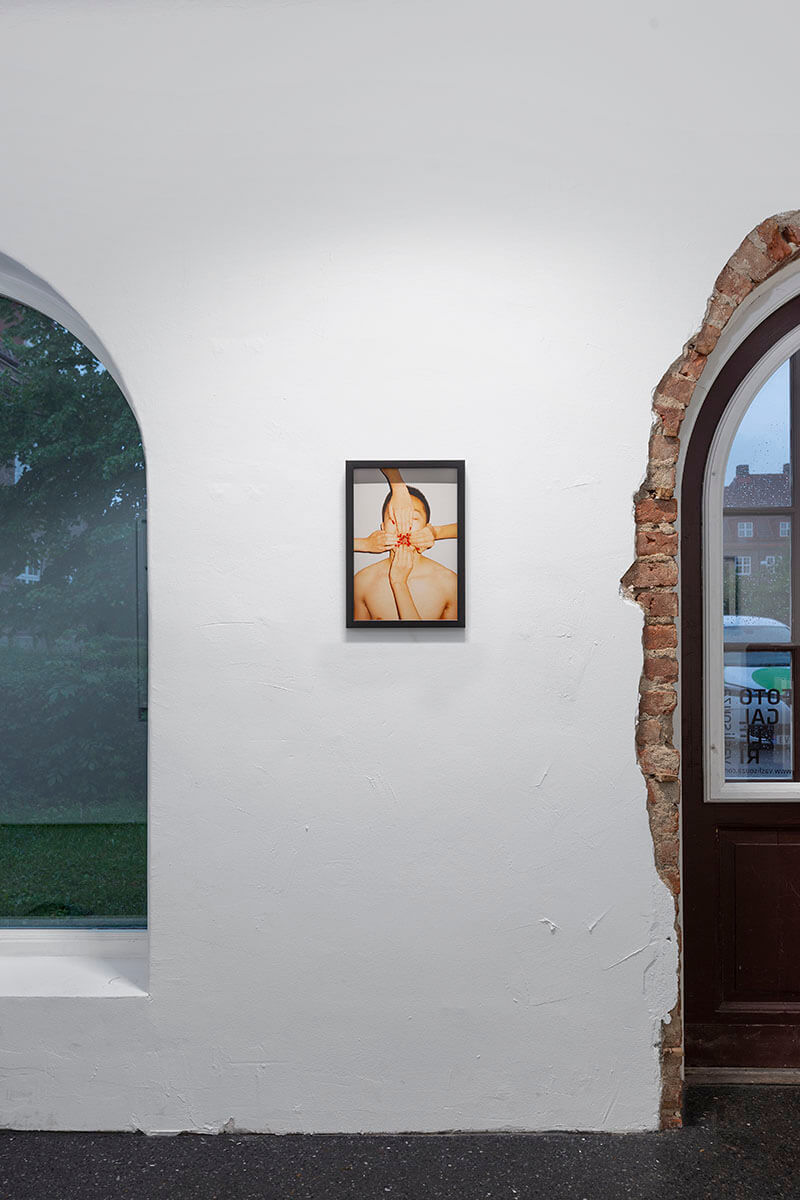 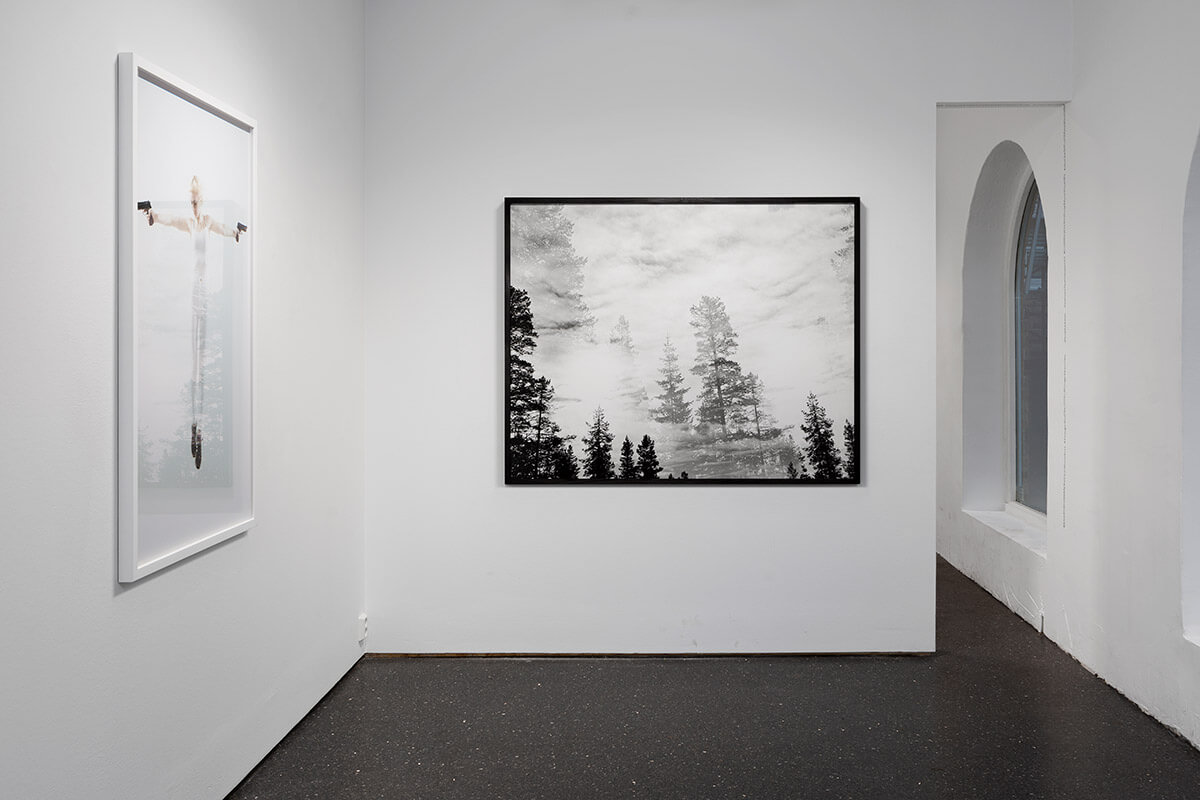 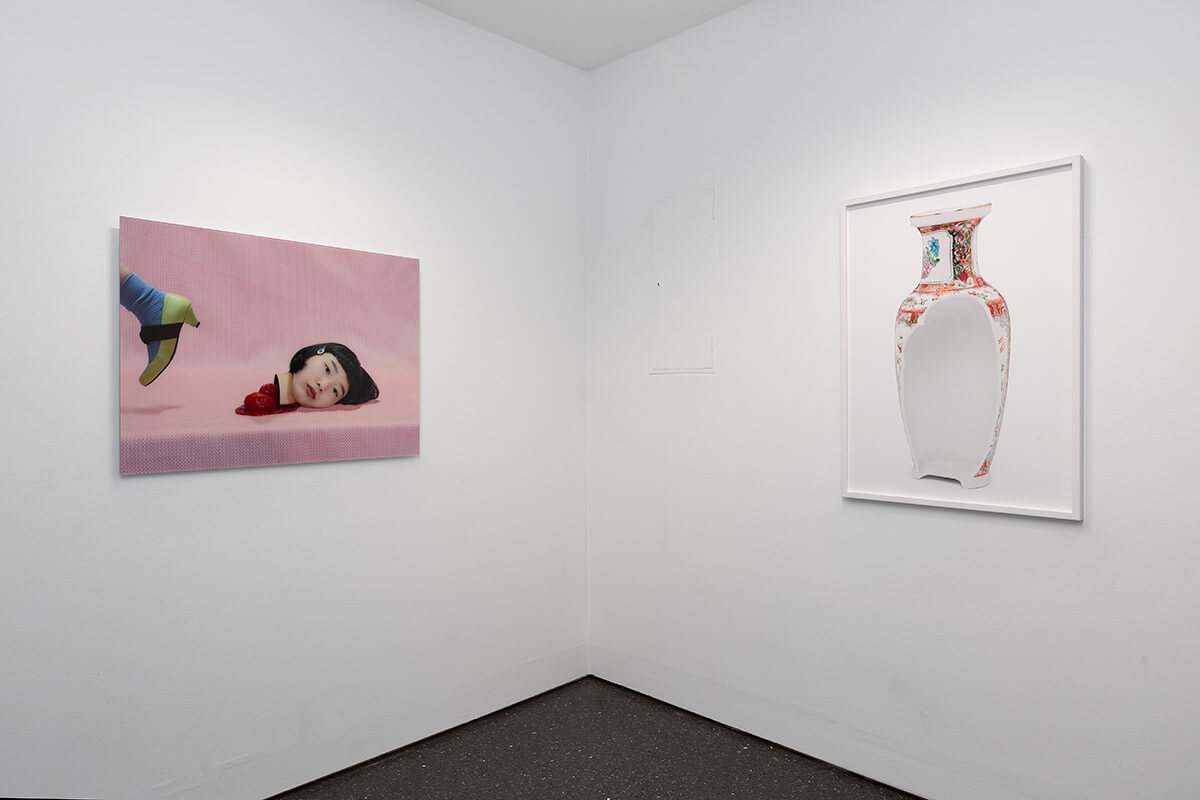 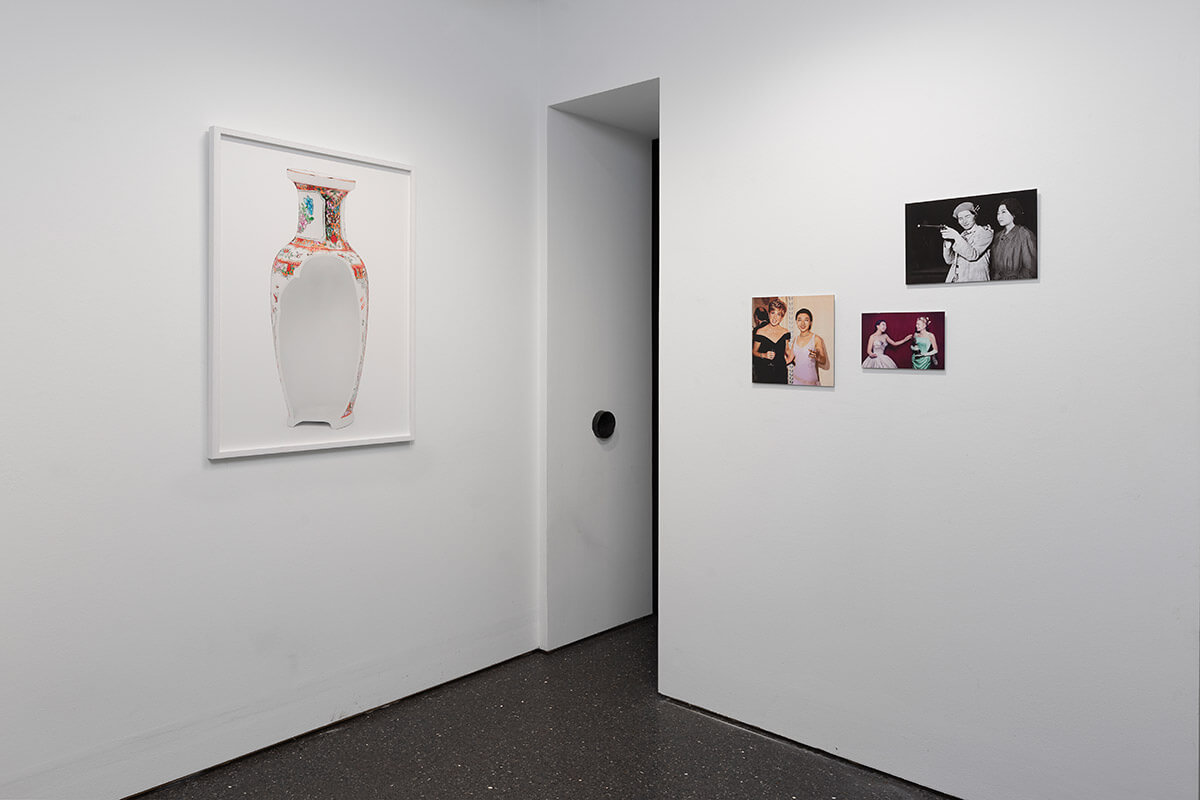 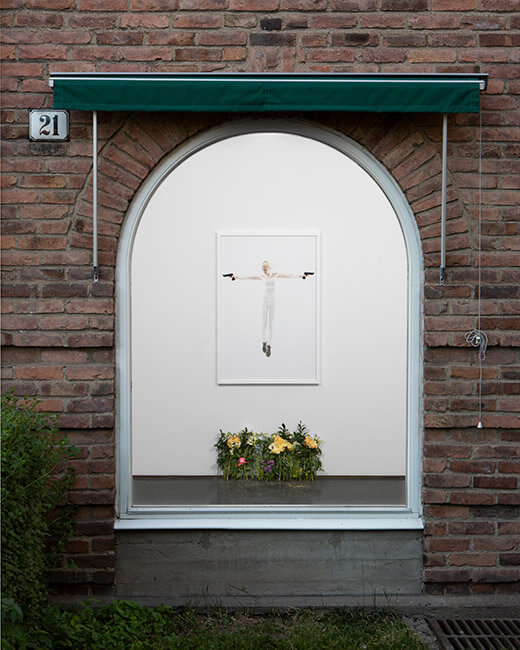 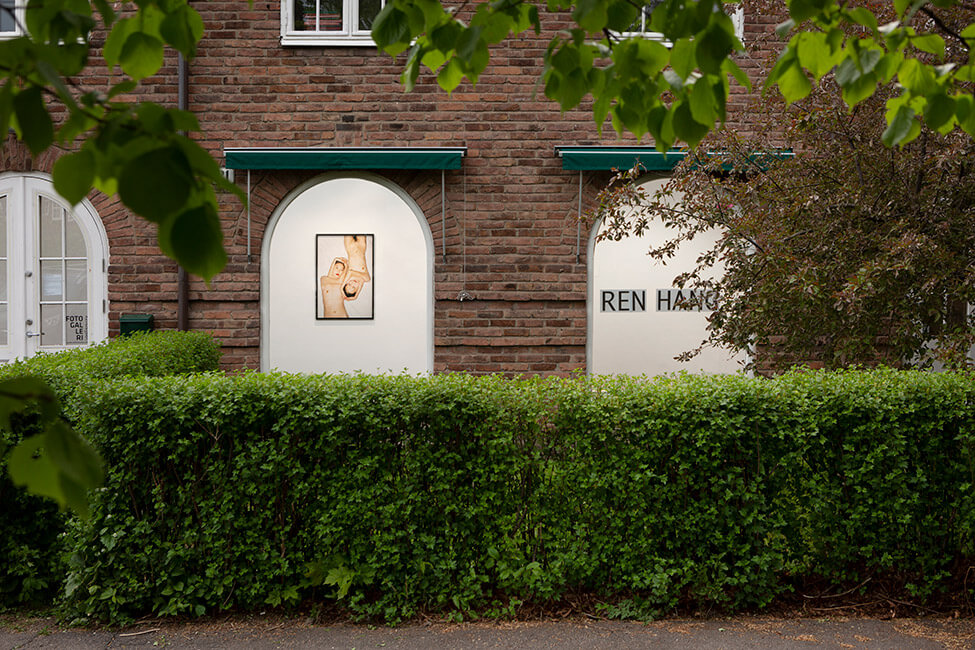 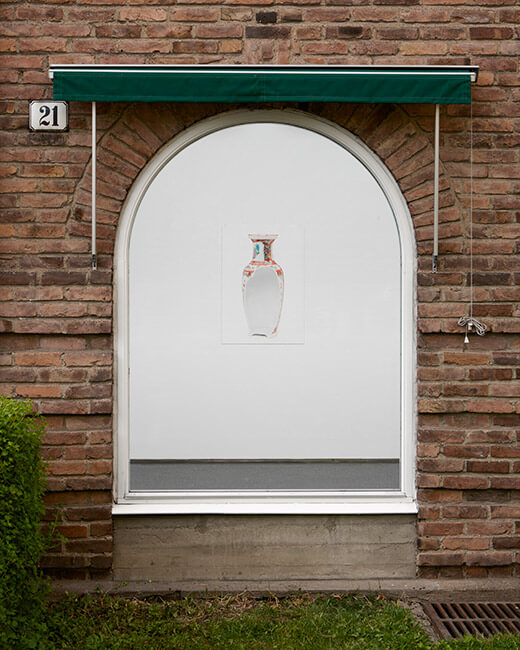 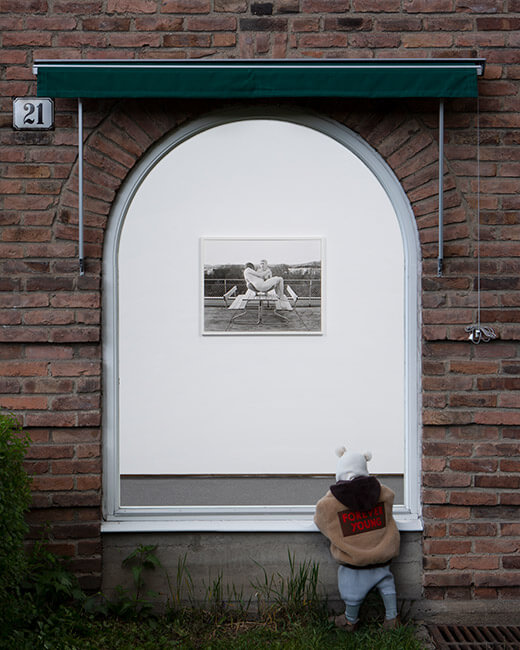 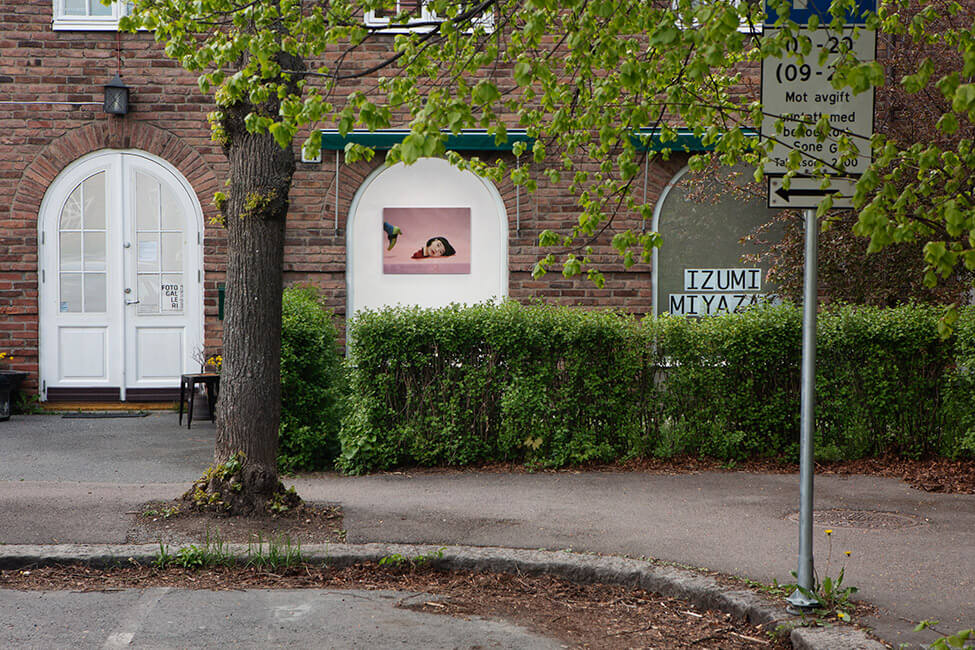 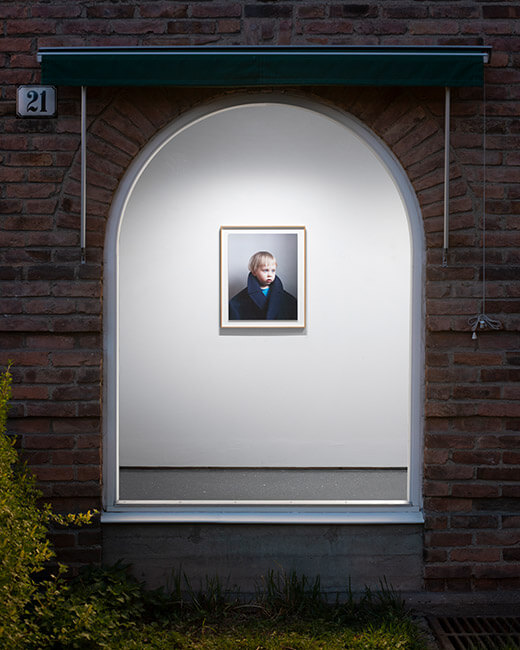 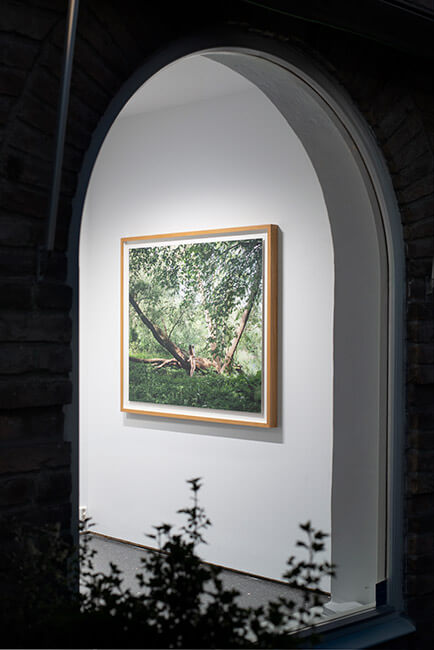 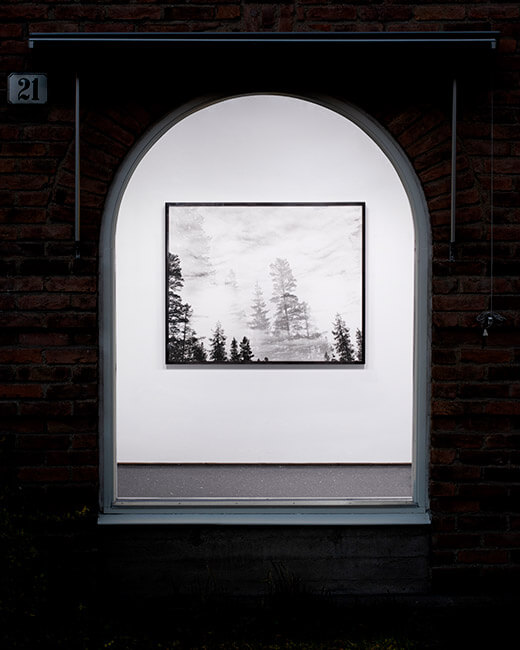 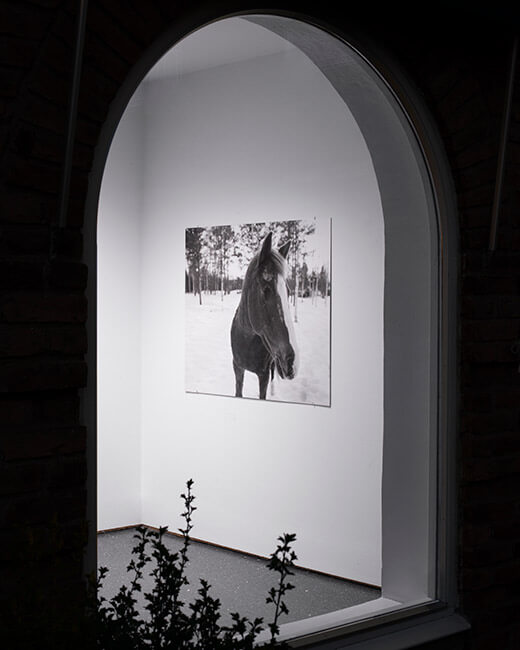 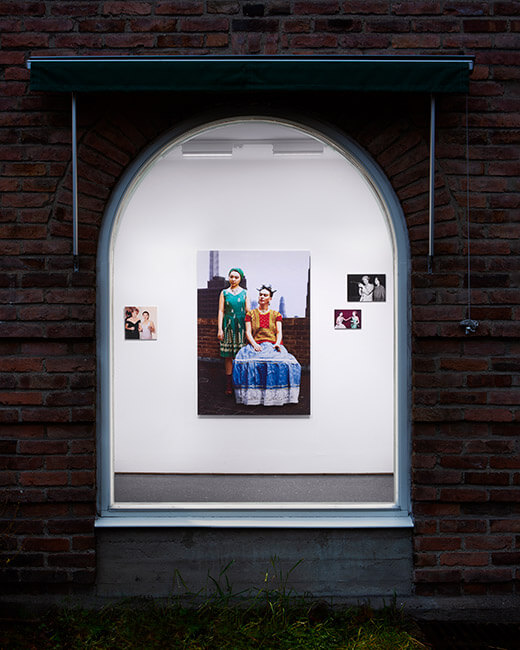