A photograph can rarely account for the multidimensional experience of identity. The flux of negotiation and expression played out by an individual in the life-world can only ever be partially suggested by the surfaces rendered in a two-dimensional image. The defining traits of the self are shuffled as certain aspects are brought forward while others are muted, ignored or transformed. Circumstantial pressures exerted by the context in which the imagery is then used can modify this “identity” even further. Any photograph of a person or group of people will be subject to the translation of representation and the vagaries of interpretation, over and above an accurate portrayal of the personhood of the individual depicted.

The five emerging artists in Equivalents challenge the ability of photographic representation to explain the experience of another person or group of people. Through a variety of conceptual and methodological strategies the work of these photographers calls into question the notion that an identity might be transmitted wholly through an image. At the same time, each artist investigates how photography may enable an understanding of aspects of the individual or collective self.

Kristianne Drake’s tableaux of clothing pegged on a domestic washing line in All the Small Things invite the viewer to consider the site of the clothed body as a means by which one expresses aspects of his or her self. Providing more than functional protection from climatic conditions the way a person chooses or is required to dress can signal potent information. Aspects of gender, religion, class, and economic disposition, as well the expression of taste, culture, psychology, and even emotional outlook, can register in the sartorial adornment of the body. Drake’s “portraits” remind the viewer that this outward display is always a temporal and incomplete means by which one represents aspects of who they are, and may be subject to change or misinterpretation as easily as a garment may be pegged on or off the washing line.

The domestic sphere also provides the setting in which Jenna E. Garrett explores the nature of identity in You Won’t Live Here Anymore. By depicting her subjects with their faces obscured and their bodies arranged in gestural poses next to household furniture, fixtures and fittings, Garrett’s images invite reflection on the spatial and symbolic relationship an individual has with their home environment. Overlooked aspects of the everyday are offered for reconsideration, and the typological tropes of conventional portraiture are eschewed. The effect of which may be seen as a meditation on the performative function of domestic space in the transitory expression one’s sense of self.

Rasmus Vasli’s Relative Values is a manifestation of the artist’s interest in the relationship between an individual and their parents-in-law. The large-format photographs in this series render a forensic-like degree of detail, appealing to the viewer to scrutinise the body language, facial expressions and physical proximities played out between the individuals depicted in each triple-portrait. Drawing attention to the tensions and adjustments made by a family unit in order to accommodate a new arrival and in turn reassemble a sense of unity, Vasli reconsiders the conventional parameters of family portraiture and how a grouping of individuals might assert a sense of unified identity.

In Once Upon a Time in Bermondsey, Jacopo Maino explores notions of collective identity associated with a football club. In this documentary project about the London-based football team Fisher FC, Maino employs an aesthetic lyricism that may be seen to imbue imagery of the supporter-owned club with an elegance and dignity. He depicts various scenes of the activities of the club supporters and team players, from fundraising to rebuild the club’s rundown premises, through to training and competing in a league. The shared passion and commitment of a disparate group of people who unite in support of a sporting team can provide a strong sense of identity. The football club becomes a prism through which individuals of varying social, economic or political backgrounds unite to garner a sense of individual and collective self.

Marcio Mascarenhas reassembles the dimensions of studio portraiture in The Bodies I Live In. The photographic studio may be seen as a stage on which an identity is performed or directed. The arrangement and framing of an individual under controlled lighting typically renders the depiction of their body as a site of projection; fashion photographs encourage aspiration: images of public figures promise insight: family portraits promote a sense of unity. By depicting his subjects in contorted and sculptural poses, and slicing the resultant photograph to reassemble the individual pieces as a fragmented “portraits”, Mascarenhas avoids any promise of knowledge about the individual. These fragmented depictions are evocative of the expressive forms of contemporary dance and cubist painting, and may be seen as representing the body as a tablua rasa on which culture assembles the self.

Individually and collectively the artists in Equivalents embrace the concept of identity yet in doing so they re-orient the descriptive capacity of the photographic medium toward consideration of how it may be seen as a process of construction. In this sense, Equivalents offers up identity to be seen as a site on which the individual or collective hosts an interplay of social, cultural, political and economic interactions and identifications, that shift and morph as experiences of living define ones place in the world. 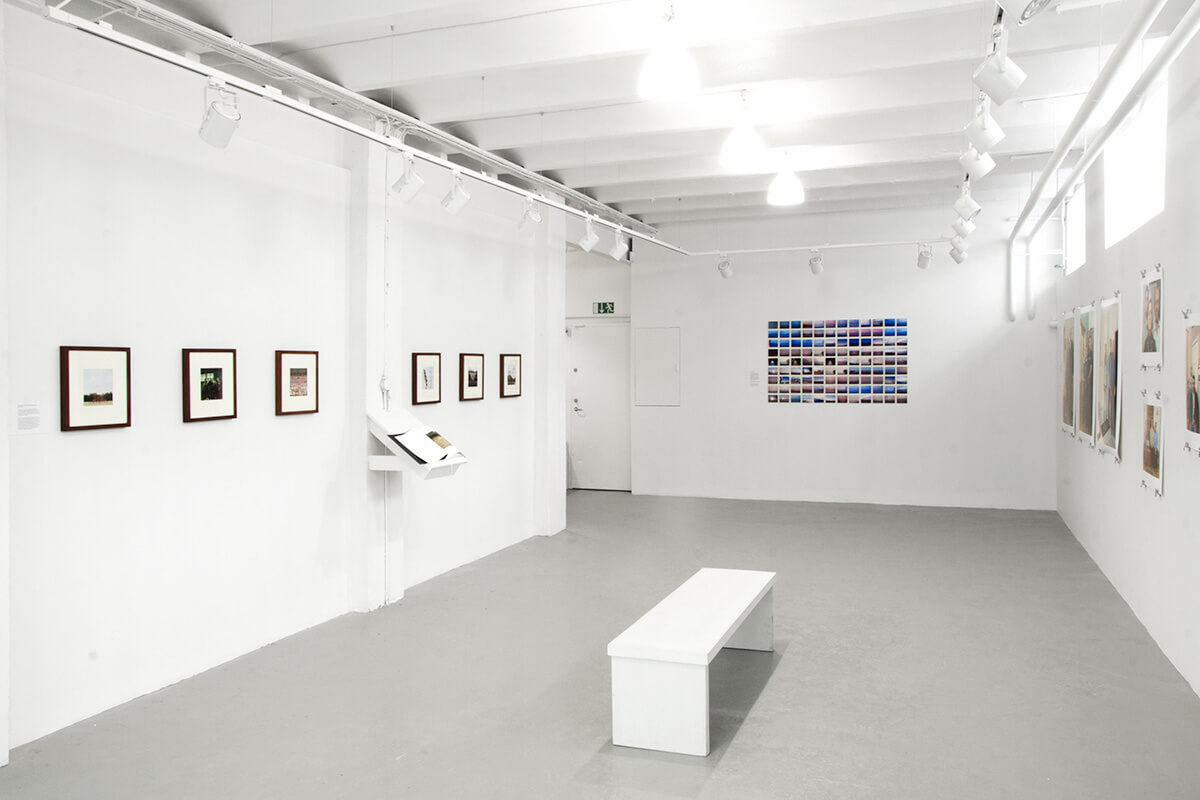 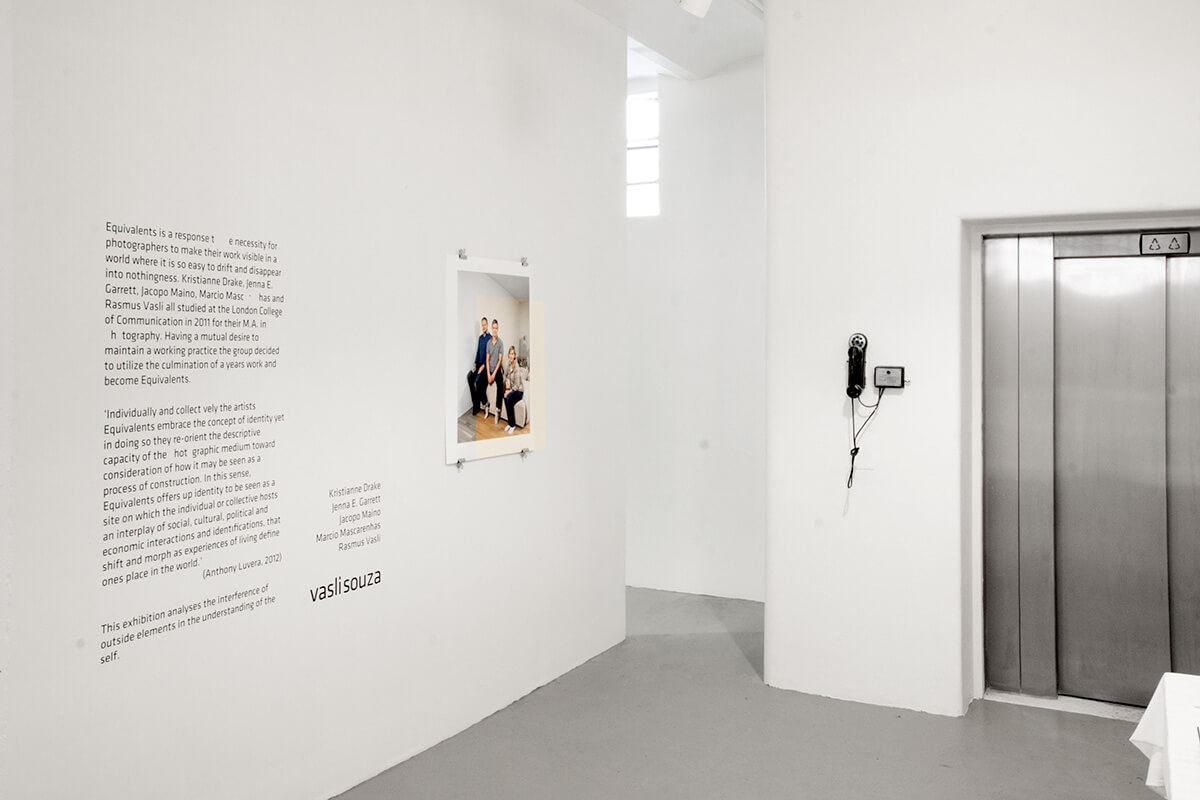 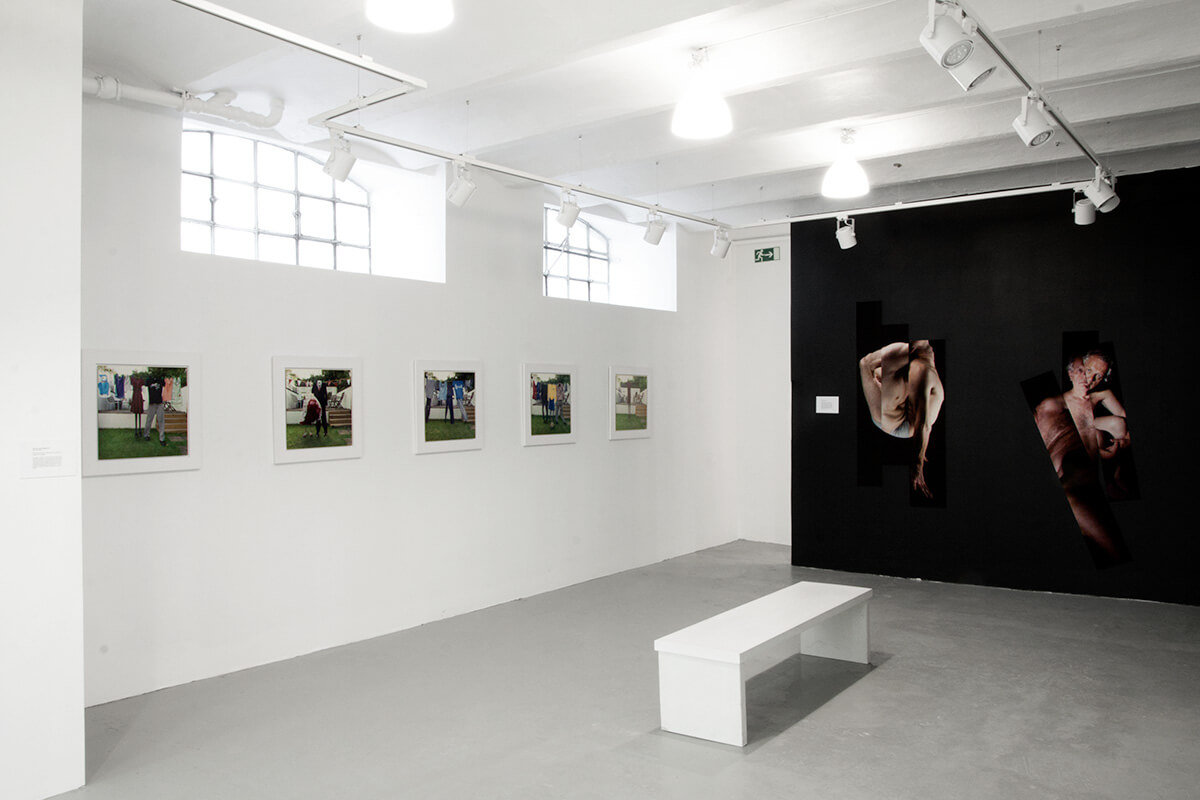