As part of Malmö Fotobiennal 2017 we are presenting the work by Nathalie Daoust, Korean Dreams. A complex series that probes the unsettling vacuity of North Korea. Piercing its veil with her lens, these images reveal a country that seems to exist outside of time, as a carefully choreographed mirage. A Society of the Spectacle per se.

Korean Dreams is the product of Daoust’s tour of North Korea in 2012. Shrouded by its fanatical isolationism, most foreigners associate the nation only with the hallmarks of its repressive regime – kidnapping, torture and forced labor camps. Tourist experiences are carefully crafted to countermand these impressions. Accompanied by guides at all times, and adhering to the rigid, pre-approved travel program, visitors get a highly selective view of the country as they are paraded past cultural landmarks such as theaters, schools and music halls, meant to create the illusion of a perfect society. Intrigued by the immiscible nature of these two North Koreas, one an imaginary, fantastical world and the other filled with poverty and an inescapable military presence, Daoust decided to focus on the liminal spaces that exist between the two.

In practice, the desire to capture this hidden space required ingenuity, and was not without risk. North Korean guides censor tourist photographs, permitting only select subjects shot in specified formats: for example, statues of Kim Jong Il must be photographed in their entirety – digital pictures are perused so that guards can delete images that crop his head, or legs – and photographs of military personnel are strictly forbidden. In order to circumvent these restrictions, Daoust tied a release cable to her arm, enabling her to take pictures without touching the camera as it hung from her neck. By shooting furtively while traveling among sanctioned destinations she was able to capture an alternate narrative, one that exists between the invented world and the actual. The choice of photographic method also aided her escape from the guard’s censorship: using an analog camera not only made immediate review of her images impossible, but according to the artist the guards seemed to think that because her technology was outdated her photographs posed less of a threat. Loss of reality, loss of personal identity, and loss of country are all apparent in her dissolving shapes.

The intricate development process is something of a hallmark for Daoust, who considers the tangible manipulation of film to be a key element of her artistic objective. When describing her procedure she has stated that she “uses and misuses traditional tools, experimenting to discover new techniques to push the limits of traditional photography and find ‘light’ within a world of shapes, textures, colors and shadows.” Past examples include the use of orthochromatic film, Lenticular technology, and encasing prints shot on expired Chinese film in an amber-like resin. The differing aesthetics accorded by these distinctive methods enable Daoust to create unique realities for each subject, layering dreamworld upon dreamworld as she explores human behavior.

Korean Dreams is a seemingly natural evolution for Daoust.   Here, she has expanded her vision, moving her gaze from the individual to the group, while bringing together the disparate themes that run through the corpus of her work. Escapism is a foundational theme for Daoust, as is apparent in past projects: in Impersonating Mao the act of assuming another’s identity is foremost an act of mental escape; Tokyo Hotel Story is a series of portraits of Japanese dominatrices in their work environment, and Street Kiss, Brazilfocuses on prostitutes in a Brazilian brothel, both are places where people go to escape, and her subjects are those who are paid to be conduits of fantasy. These projects investigate the fundamental human need to break free of present reality, to find the means of entering a world different from our own.

What seems to propel Daoust is a fascination with moments of impact – those flashes when internal fantasy strikes external reality. Her photographs capture and mediate this collision, approaching the fundamental human need to escape the present and find the means of entering a world different from our own. But whereas in Tokyo Hotel Story and Street Kiss, Brazil, both consumer and provider are equal participants in the construction of fantasy, Daoust’s subjects in North Korea, while passively participating in the fantasy, were not complicit in its creation.

Her darkroom method also mimics the way information is transferred in North Korea – the photographs, as the North Korea people, are both manipulated until the underlying truth is all but a blur. Exposing the fallacy of the North Korean experience, and playing with the line between fiction and reality, Daoust exposes an indeterminate space where ‘truth’ and ‘lies’ are interchangeable. 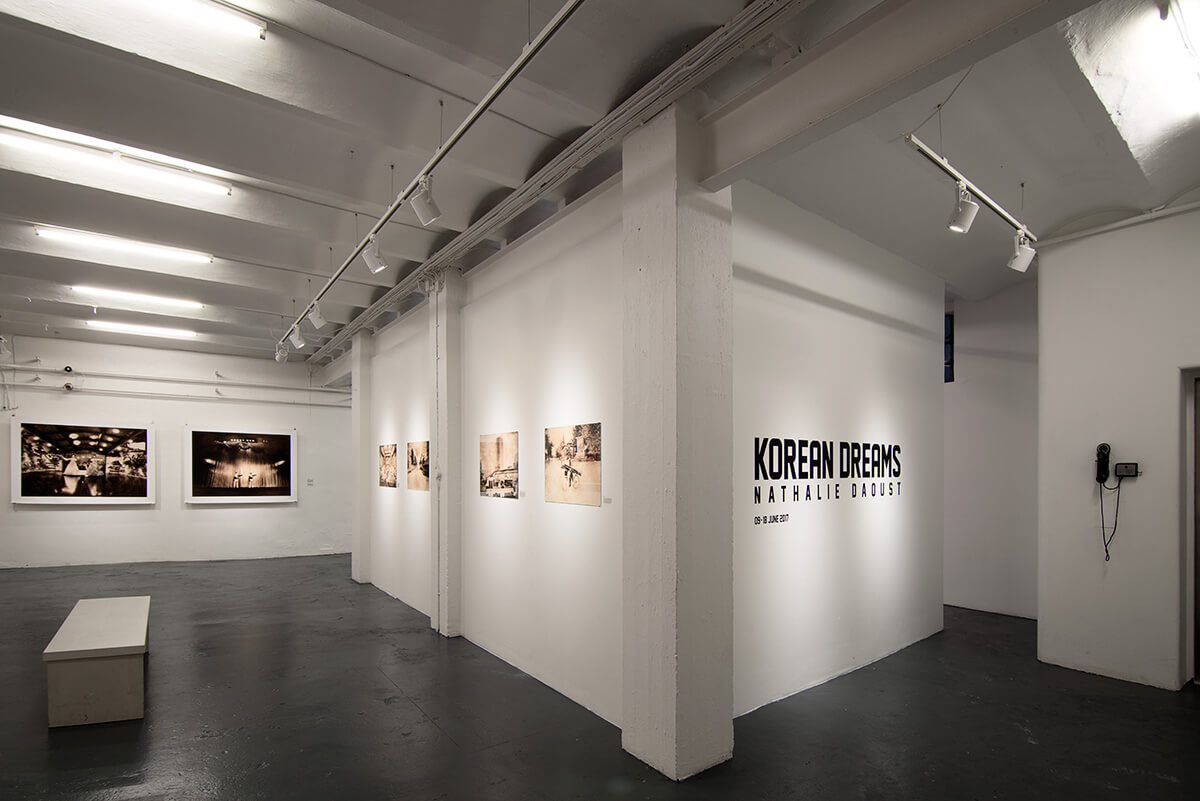 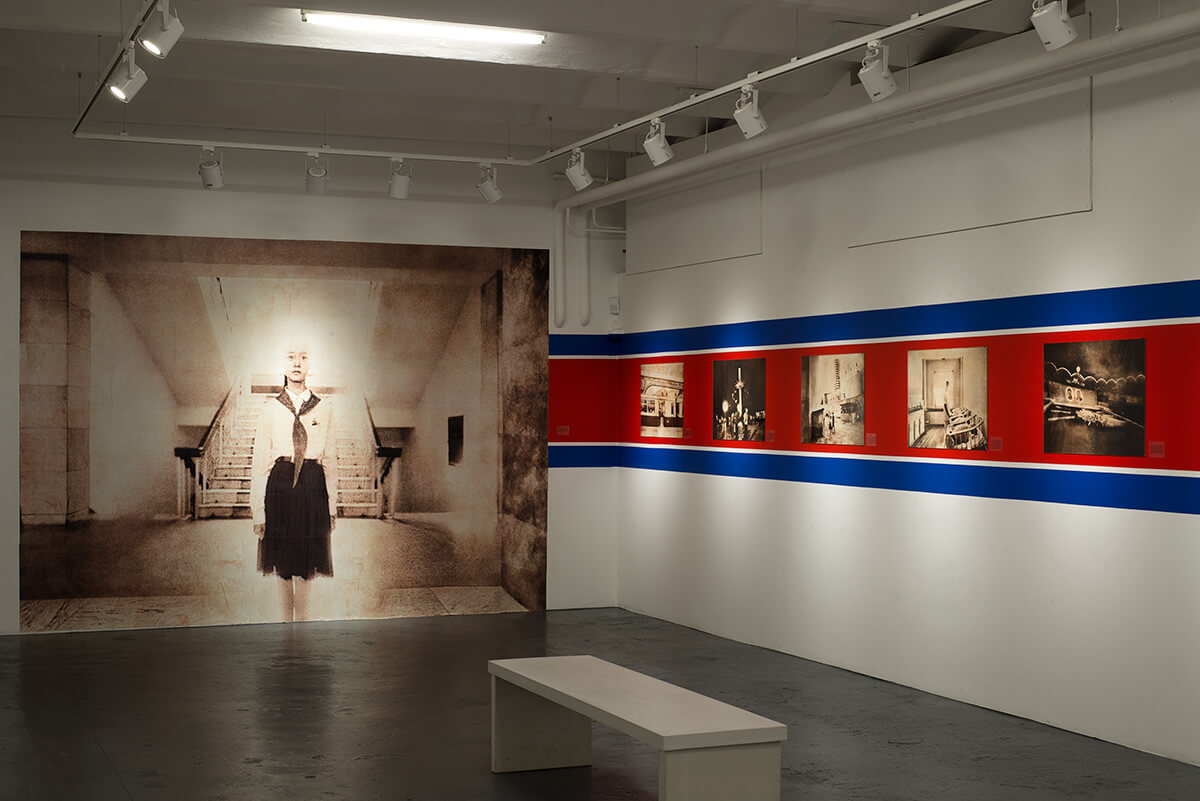 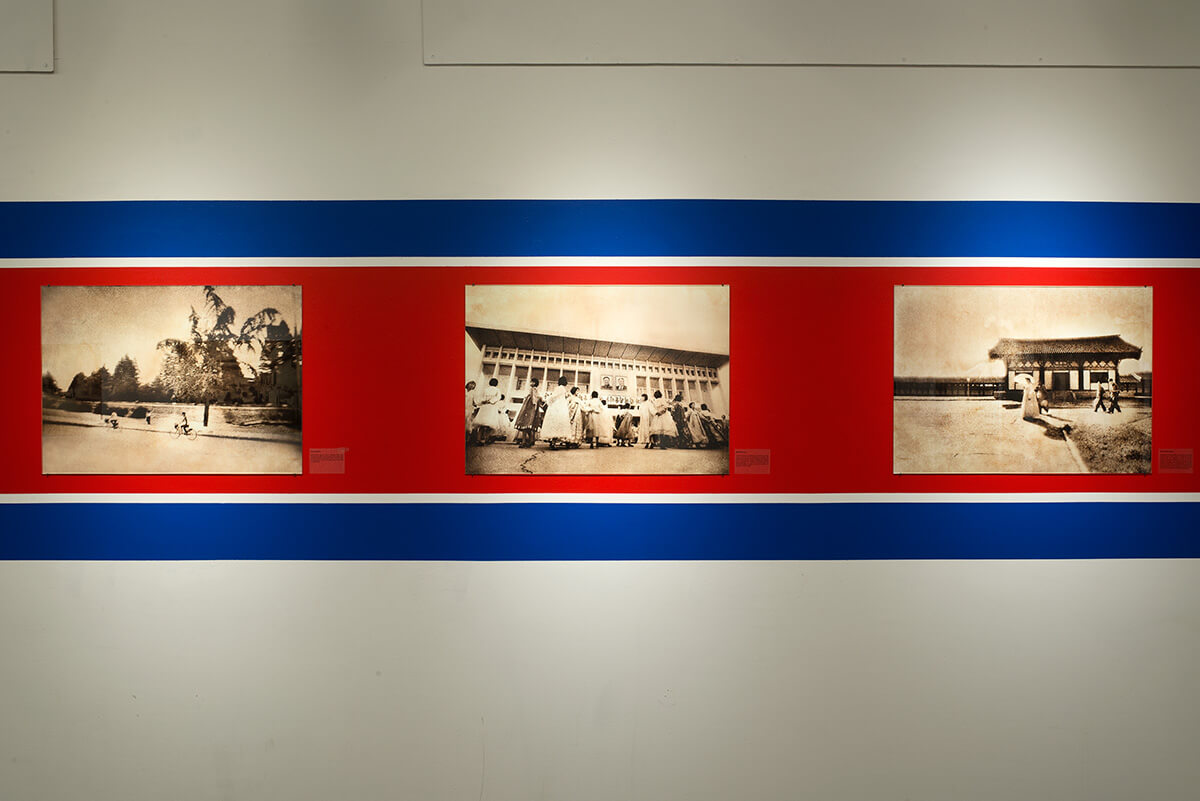 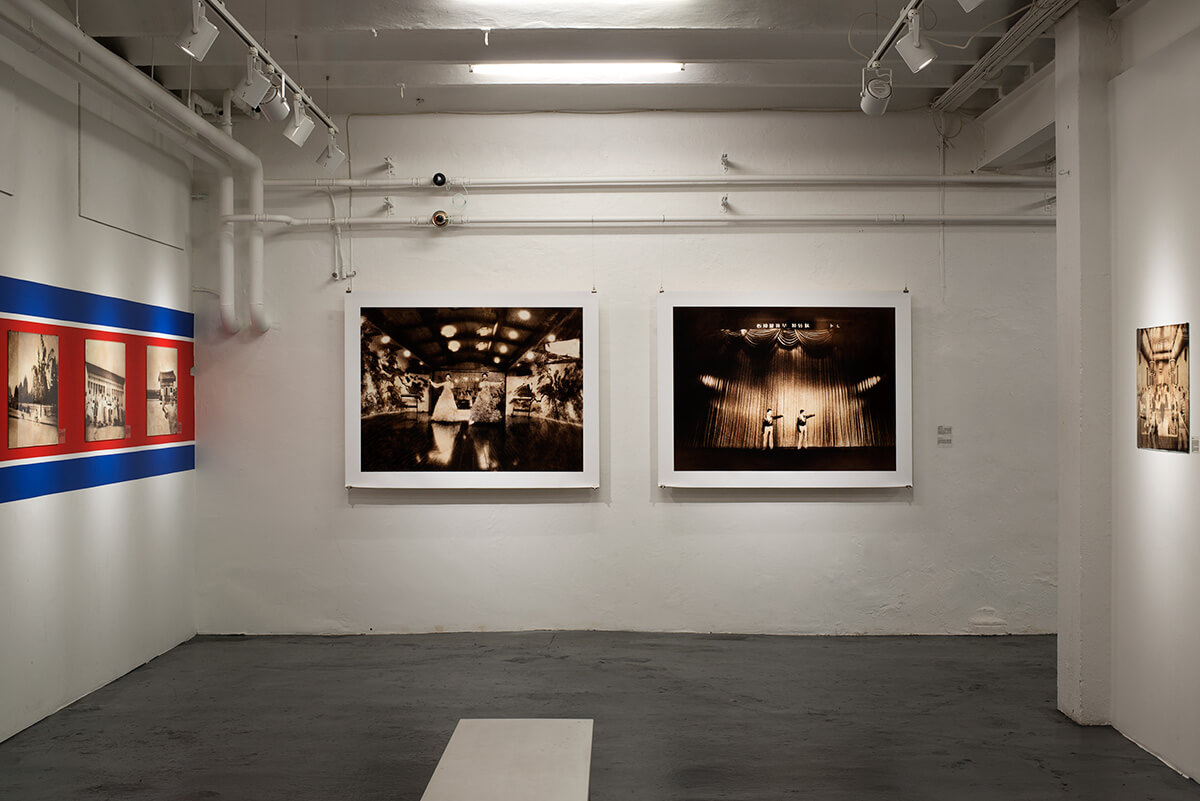 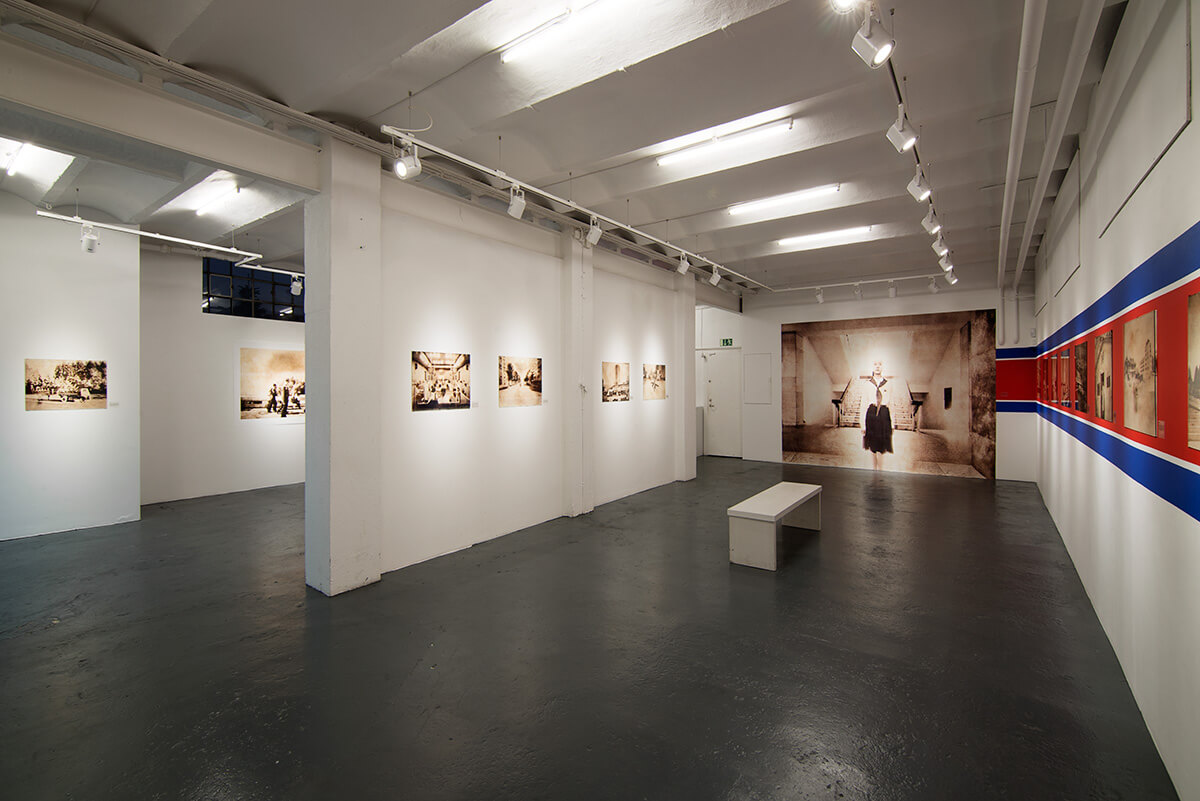 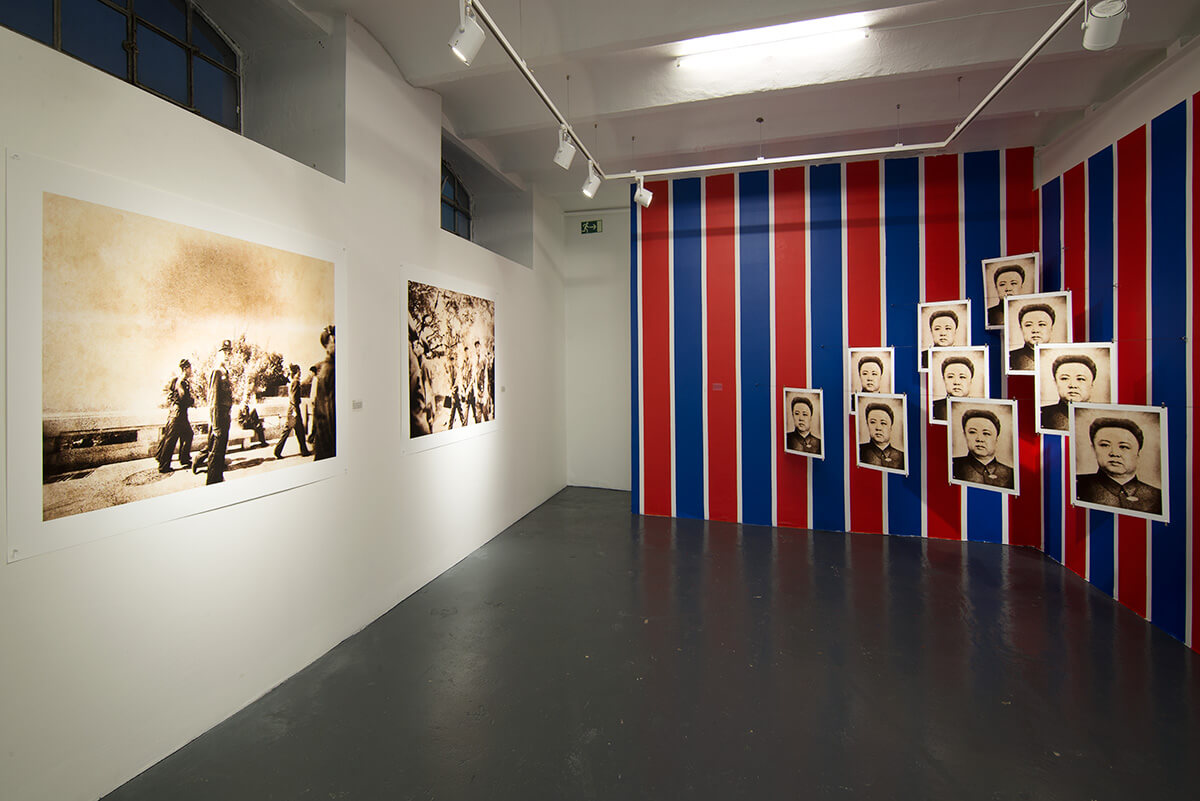 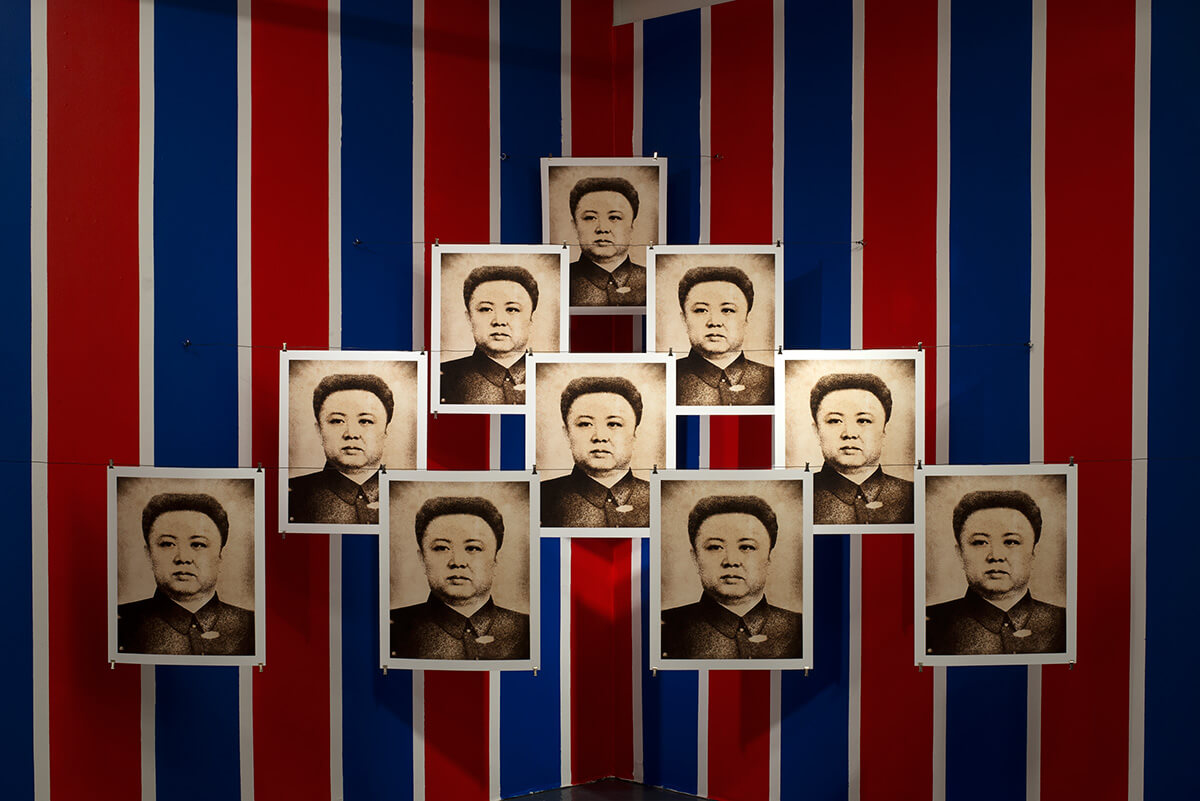 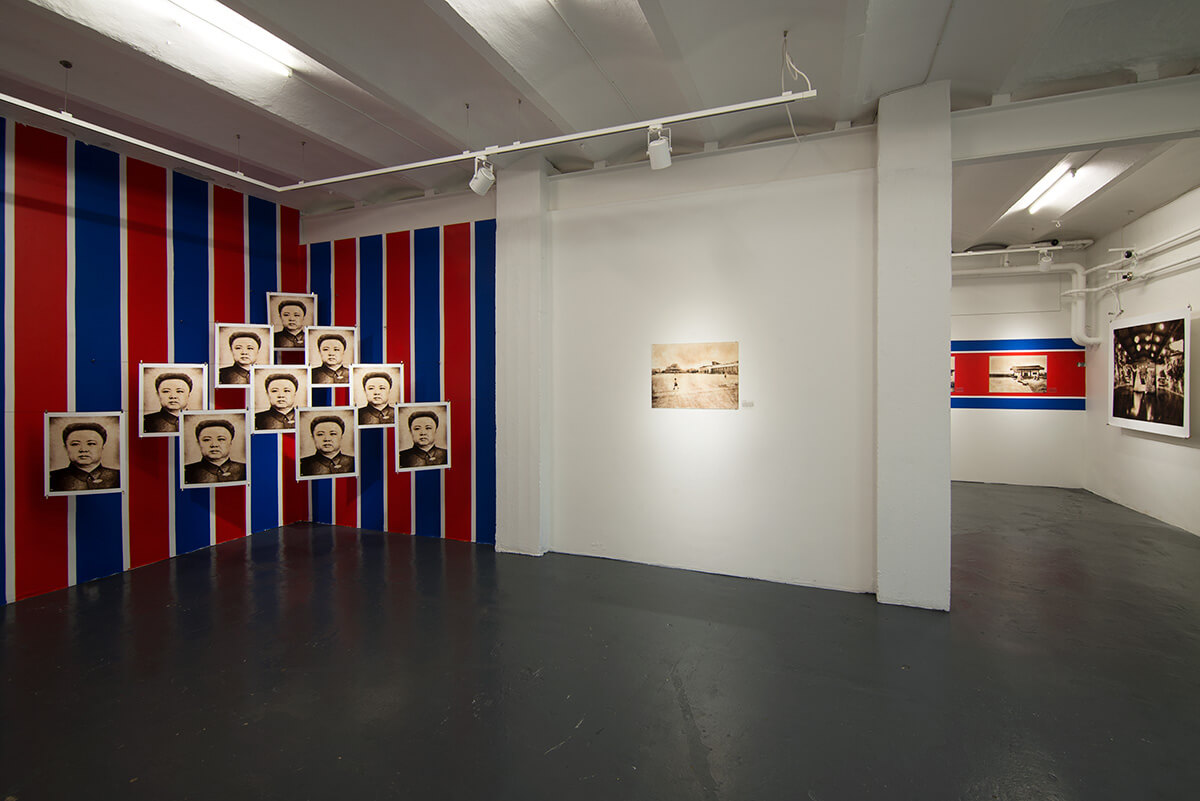