We are still waiting and searching for answers in constant hope that something else will happen next... This is an exhibition presenting two photographic installations questioning our perception over time and the object of photograph by itself. "Pause" is a work using a series of images made by Paul H. Andersson (1909-2005) and "Act 2" is the installation of contemporary artist Adel Szakacs (1982-).

PAUSE
The artist from Karlskoga (Sweden) Paul H. Andersson was productive in his field for almost 60 years, and was still producing at the age of 90. Yet it was only a few years before he passed away that he got the recognition of his work. True to his abstract art, Paul worked with painting, photography, collage, drawing, graphic and sculpture, constantly experimenting and trying out new techniques. In the late 60’s his photo collages and photograms were discovered and selected by a jury for the ‘Grafiktriennal’ in Stockholm. A few years later when the STV2 channel started broadcasting, his photograms were shown as colour pause-images on the televisions in living rooms all across Sweden. Many Swedish people have seen his work while waiting for a program to start without knowing who he was, during the installation "Pause" the viewers can contemplate Paul H. Andersson's work and experiment the feeling of wait.

ACT 2
Act 2 comes from a series of three acts where Adel Szakacs visualises how our reality is interpreted through our senses. In this installation we come close to a source. Where as in Act 1 (not shown in this exhibition) is more about the desire to come near something that has been lost and the disconnection that one can feel towards a fragment of something more complex and bigger than the image it shows. There are no photographs in Act 2 but by using synthetic materials such as pressed nail polish between two glass sheets standing in a field of shredded car tires, it looks like something organic is growing out of a coal like landscape. According to Szakacs images work like that, they are organic materials sprung out from an ancient source connected to one another through the transparency that comes with them through time. 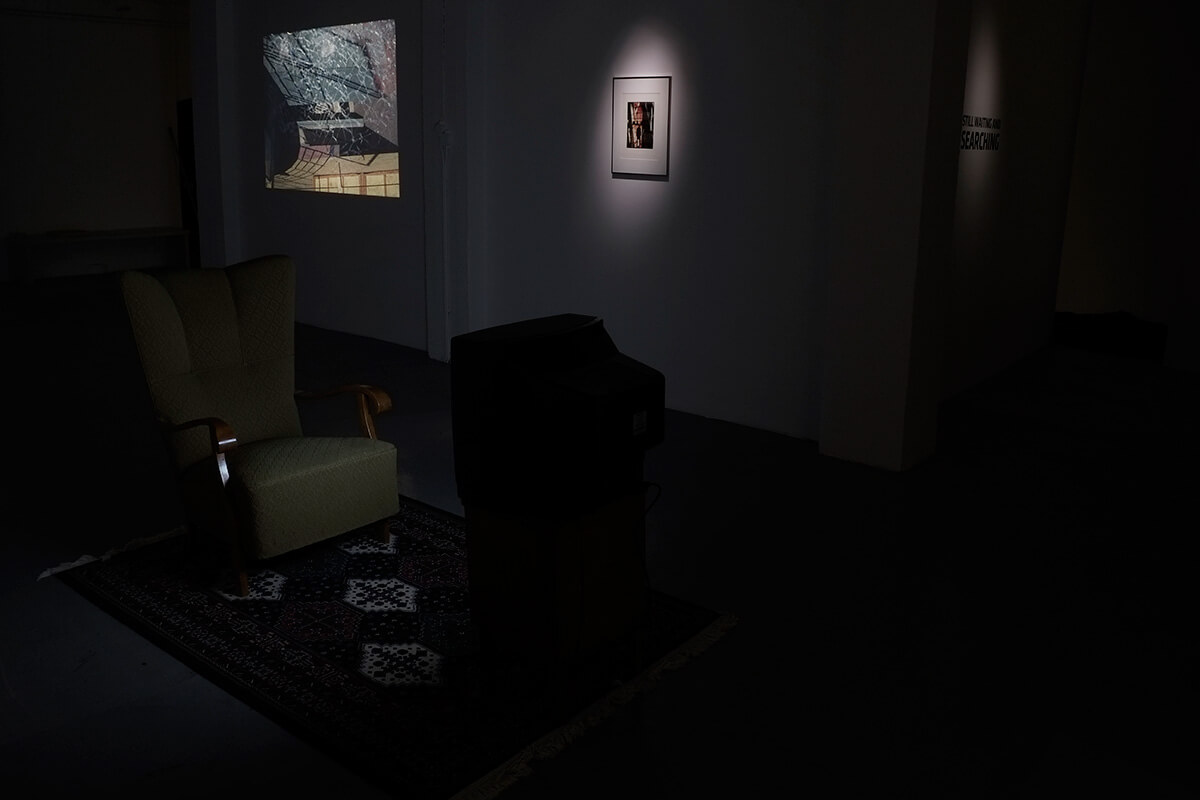 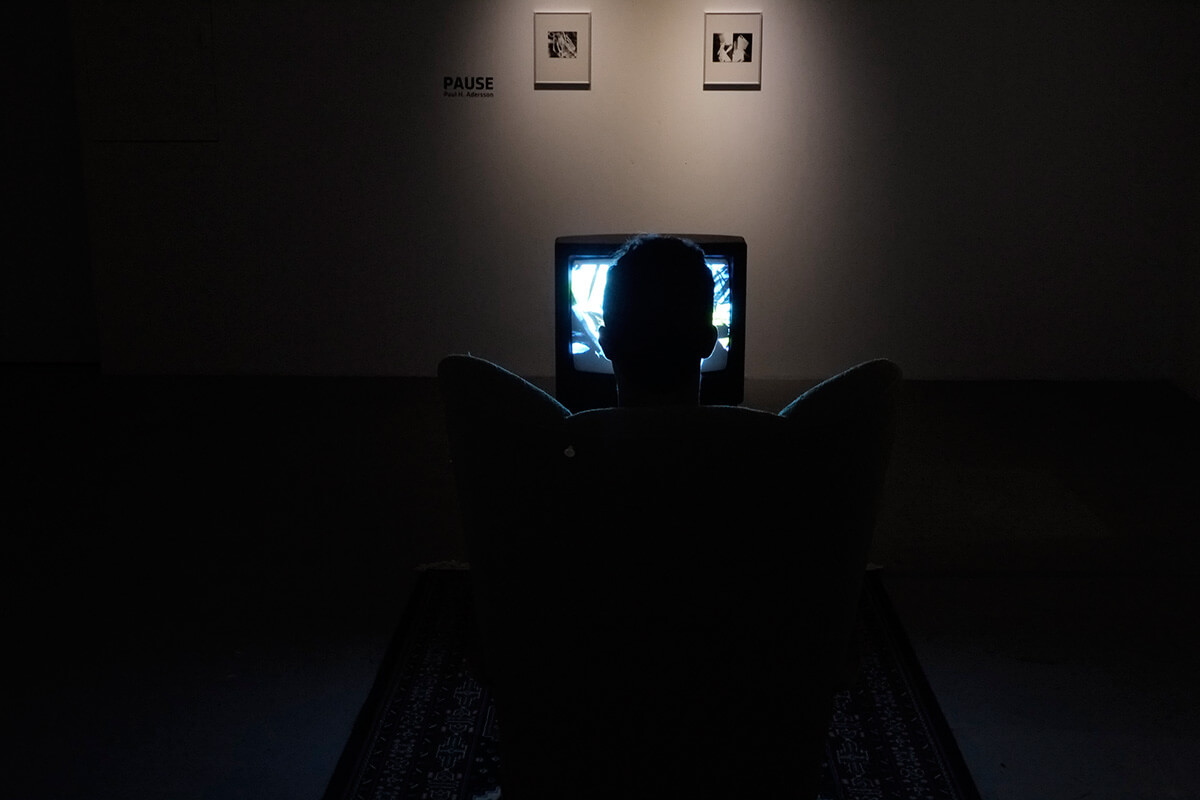